Acted upon the very complex socio-cultural antagonisms in the Middle East, the current political condition signifies an old concept realising through new means: urban warfare. In the 2016-2017 academic term, METU Master of Urban Design Studio took the problematic issue of urban warfare into consideration strategically from a design point of view. In the first semester, a series of typological models of strategic urban interventions were suggested for the regeneration of the post-war-torn urban fabric in Suriçi. The design research projects on the site involved the major issues, designing the new, preserving the old, and relating them within a unified context and morphology. In the second semester, the design teams tended to improve this morphological perspective with social programs under the main project title of ‘developing socio-spatial perspectives by design’. At that stage, each group was asked to come up with a series of alternative scenarios on the socio-spatial transformation of the site. All the design explorations have been pursued based on a specific concept and around a certain theme derived from the preliminary theoretical researches during the seminars. 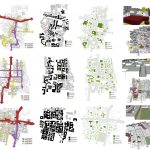 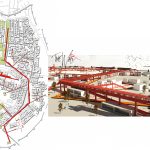 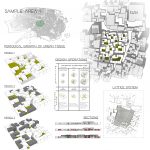 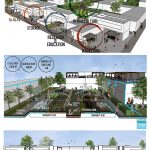 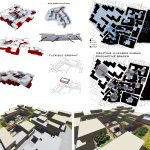