Rotterdam faced its darker days because of the German bombardment in 1946. In one night most of the inner city was destroyed. Before the bombardment there were different urban patterns. While designing the city again it was a tabula Rosa. Different strategies for different urban areas were determined. The city centre was completely rebuilt on a grid system, in functionalist style, with wide boulevards suitable for heavier car traffic, and almost exclusively for commercial, retail, cultural, and public administrative uses. New housing did not appear in the inner city, rather it was developed in districts beyond the inner ring and outside the municipality completely’ (Harding 1994: 22). Regeneration projects had started with the revitalization of the port area since it was seen as the economic source of Netherlands, in general. Developments on the port brought new projects for inner city. Function of the inner city shifted from a mix used to a commercial center. High rised, modern designed buildings placed on the area. On the other hand new housing areas for people who left the inner city have been built. Prestige projects, cultural triangles and new activity routes were created in inner city. Plot patterns showed a considerably change however the streets and the main axes remained same with some extensions and enlargements. Use of water and water channels was also indicators of that changes.

First attempts was to solve the basic problems of economy and housing. After supplying these basic government started to create reimaging the city projects. It was after 70’s that beautifying the city gained importance. Kop Van Zuid urban redevelopment projects has started. It was on the city scale and included 80-120 ha area. It has effects like improving the identity of the city, creating new job opportunities and creating a new demographical composition. While local government was the main actor for the heart of the city, redevelopment of big harbour was supported by lots of worldwide organizations. So it was a multi actor development which includes local, regional, EU and worldwide organizations. 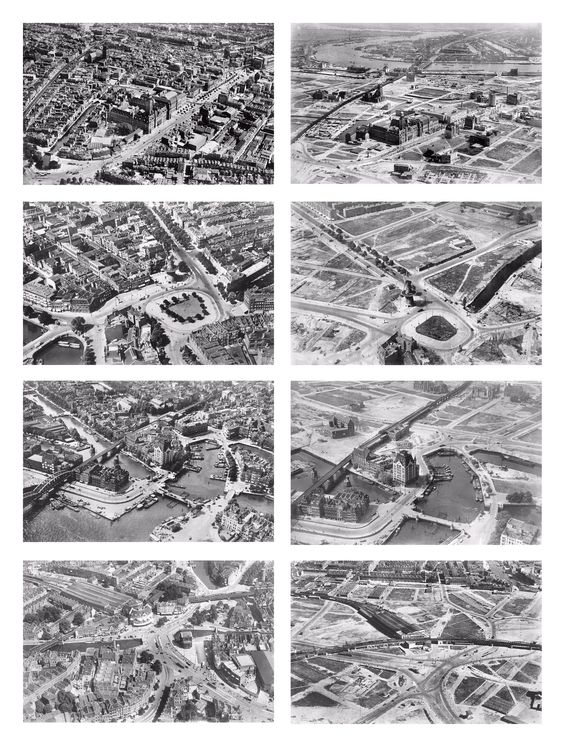