Architecture is always a part of life. Places and spaces, we live in are product of architecture.  Creating alternative spaces, emotions, experiences are our elements. That’s why we can search for architectural components and experiences in all fields of life. Also, in war see the glace of creation for space in a whole different purpose.

The elements of military architecture

Fortification: It is designed to keep unwanted invaders outside of the space. Bunker: It is designed to stand against bombs, bullets, gases, and flames.

Tunnel: It is designed to hide and travel without noticed from a third party.

The tunnels were well disguised, the entrances virtually invisible in the dirt and leaves above. In fact, this hidden tunnel system – packed with food, weapons and medical supplies – played a crucial role in war time.

These structures were renovated after war and used for different purpose. For example, Flak towers constructed in Germany and Austria on Adolf Hitler’s orders during World War II have been reclaimed as climbing walls, music schools, shops, nightclubs and even an aquarium. Another example is that Russian bunker was in military use from the 1950s to 1986, but in the early 2000s, a company purchased the disused subterranean space and transformed it into a Cold War Museum called Bunker 42, which includes a restaurant and night club. Other examples from all around the world are home(England), apartment buildings(Germany), hotels(mushroom bunkers, Albania), art gallery(Germany), tea house (Netherland), power plant (Germany) etc.

Preserved Building: They are kept as it is generally for memorial purpose.

It was constructed during war in Colombia and dedicated to 6 millions people who dead in civil war. It creates an open and democratic public space with barrier-free access from four different directions. 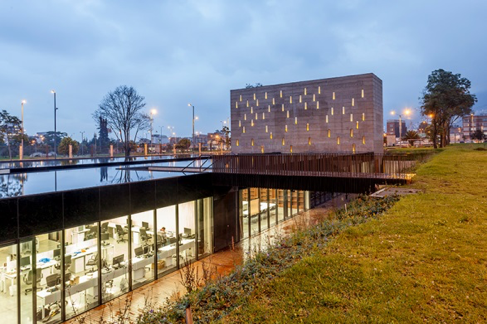 The stark contrast of monochromatic, crumbling stone buildings and small, colorful plastic toy blocks is especially jarring in Berlin, where evidence of the horrors of World War II is still visible in cracks and bullet holes. But that’s what makes this setting so poignant for German artist Jan Vormann, who patches damage to old buildings around the world with Legos.  It leaves a positive imprint in people’s mind. As long as kids play, adults will build walls. 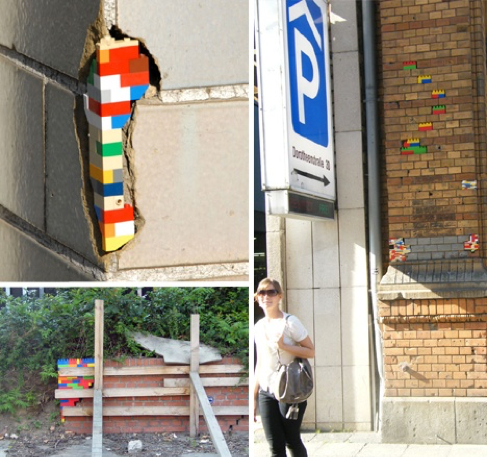 Proposal for reconstructing the city of Sarajevo

It refuses every conventional idea of reconstruction and structures are based on the concept of heterarchy. Turning the crisis condition into an opportunity to radically change the way a city is built and inhabited. The principle here is that reconstruction integrates people’s experiences of the destruction into needed social changes, as well as architectural ones. To sum up with as you can see with the examples architecture and design can be integrated with every field of our life. Looking from different perspective make us see alternatives with inspiration.